Whether powered by time-of-flight, structured light, or stereoscopic cameras, 3D-imaging technology is making space for itself in industrial and other applications. From time to time, we all find ourselves forced to rummage through the cluttered jumble of our home “junk drawer” to dig out a screwdriver, battery, paper clip, or other much-needed object. For humans, this is merely cause for fleeting irritation — but for robots working on a factory floor, this same problem poses a major technological challenge.

David Dechow, principal vision systems architect at Integro Technologies, said many manufacturers working with automation have struggled with this bin-picking problem on their assembly lines. “It’s a matter of knowing how to segment and identify an individual object and then find it, even though it may be randomly oriented with a bunch of other objects.” But thanks to decades of advancements in 3D-imaging technologies, this hurdle is no longer insurmountable.

Indeed, 3D imaging is now enabling unprecedented levels of automation on a number of fronts, including self-driving vehicles and the oversight and quality control management of complex industrial workflows. “All of these robots need ‘eyes,’” said Anatoly Sherman, head of product management and applications engineering at SICK AG in Waldkirch, Germany. “And in many cases it’s not enough to have a one-layer 2D scanner — they need to perceive the world as a human sees, in 3D, because then they can do their job much more efficiently.”

Many technologies are available for achieving this goal, and it can be disorienting to figure out which is the best fit for a given application. A key part of Dechow’s job is helping industry clients to navigate this labyrinth and designing an integrated machine vision system that best suits their needs. “The biggest challenge is in constraining the application,” he said. This makes selecting the right 3D-imaging solution more straightforward, because each technology has evolved with its own distinctive combination of strengths and weaknesses for various scenarios.

Vision in flight
Time-of-flight (TOF) imaging — one of the more straightforward 3D-imaging approaches — essentially uses light in the same way that bats use sound for echolocation. These cameras typically couple an infrared light source used to illuminate the area in front of them with a sensor that can specifically detect and interpret the reflected light as it bounces back from surfaces situated at various distances from the camera.

Time-of-flight cameras, such as the systems developed by pmdtechnologies AG, rely on sensor measurements of reflected infrared light to reconstruct entire 3D scenes even in low-light settings.

The underlying principle has been around for decades. Germany-based pmdtechnologies AG, for one, got its start in the TOF space in 2005 with a one-dimensional range-finding instrument based on this principle. But Bernd Buxbaum, pmd’s co-founder and CEO, said the same principle is easily scalable to imaging in three dimensions. “We use the same technology for 3D cameras on autonomous guided vehicles [AGVs] driving around in full sunlight, detecting objects at up to 50 or 60 m away.” SICK’s Sherman said 3D TOF has blossomed as an industrial imaging solution over the past decade. SICK offers several such devices, and other companies — such as Basler, LUCID Vision Labs, and Odos Imaging — have made TOF the main focus of their 3D-imaging portfolio.

One of the technology’s key advantages is speed. “It’s nearly real-time and can get full streaming at the resolution for which it’s specified,” Dechow said. Also, because the technology relies on active illumination, it can routinely be used indoors in low-light conditions to deliver VGA (video graphics array) resolution (640 × 480 pixels) at ranges of up to 10 m, though Microsoft’s latest-generation Azure Kinect DK (developer kit) leads the TOF pack with megapixel resolution.

Sherman said SICK’s Visionary-T cameras are often used to assist AGV guidance or to measure dimensions of freight in factories or warehouses. But TOF technology is also effective for imaging at longer ranges in outdoor settings — if one is willing to accept reduced spatial resolution, and the sunlight is not too bright. This trade-off is acceptable for the obstacle-avoidance systems that AGVs use to navigate, for example. Buxbaum said pmd’s cameras further benefit from an efficient filtering strategy. “We are able to differentiate photons coming from the sun from photons we are transmitting, and that gives us very stable performance.”

Where TOF can often fall short is in its ability to deliver high depth resolution, according to Dechow. “I haven’t seen a TOF camera yet that gets much better than several millimeters of accuracy in the z dimension,” he said. The approach can also struggle with certain kinds of surfaces, such as materials that are highly light-absorbent or that generate interreflection of the infrared light. Both scenarios can confound the sensor.

Finding patterns
The solution to such challenges may be changing the active illumination method, which can offer better performance when fine details are essential to the imaging effort. Several companies, such as Cognex and Zivid, are employing strategies based on structured light, in which a complex pattern of photons is projected onto a surface or object. The reflected photons are then detected by a sensor situated some distance from the projector, enabling a digital 3D reconstruction of the illuminated surface’s topography based on how the surface warps and distorts the projected pattern.

Structured light systems require multiple projections to capture a full scene and are thus far more computationally demanding and slower than TOF cameras, typically capturing only a few frames per second versus the 30 to 50 fps that TOF can achieve. However, the technology excels at imaging fine details. “It provides an unprecedented level of accuracy,” said Tomas Kovacovsky, CTO and founder of Slovakia-based Photoneo SRO. Structured light methods routinely achieve submillimeter resolution in all three dimensions, making them a good fit for tough tasks such as bin picking and robot guidance.

In 2018, Photoneo launched a system called the MotionCam-3D that considerably ramped up the imaging speed that could be achieved with structured light. The key is a fully programmable sensor, in which each pixel can be trained to respond to a specific light pattern. As a consequence, Photoneo’s system can project, detect, and analyze multiple patterns in parallel, to allow resolution of roughly half a megapixel at speeds up to 20 fps. This is a powerful advantage for robot-based inspection processes in which structured light would normally require routine pauses. “You don’t need to be stationary along the path if you can also scan while in motion,” Kovacovsky said.

Moving in stereo
The human visual system relies on a sophisticated process of data integration based on the triangulation between slightly mismatched images received by each eye. A number of imaging companies — including SICK, Tordivel, VISIO NERF, and Imaging Development Systems (IDS) — have developed strategies that mimic this stereoscopic approach to machine vision.

Simpler implementations based on so-called passive stereo vision use a computer to reconstruct a three-dimensional scene from image data received by two separate cameras. SICK’s Sherman said such systems are relatively straightforward to implement and that they function reliably under a wide range of operating conditions. SICK’s passive stereo-based Visionary-B imaging gear is most often used in mining, construction, and other outdoor settings. “You need really high robustness in terms of temperatures that can range from −30 or −40 °C up to 70-plus °C, as well as shock robustness,” he said. These systems are dependent on external illumination to function and are thus best suited for applications that involve abundant natural or artificial light.

Martin Hennemann, product manager for 3D imaging at IDS, pointed out that passive stereo imaging struggles with certain kinds of surface conditions. “It’s actually very difficult if they look at blank and homogeneous raw data images, like white office walls or even difficult surfaces with reflections, like oil-covered objects,” he said. This can represent a major limitation for use in interior industrial settings.

As a solution, IDS has integrated structured light into its Ensenso family of stereo imaging systems to create an active stereo vision approach. The introduction of a light pattern creates an additional layer of visual information that the sensor can use to reconstruct the 3D scene. Hennemann said users have a range of options in terms of how these imaging systems are configured, including the ability to generate specific structured light patterns that enable higher-precision imaging for specific tasks. “Our Ensenso cameras have advantages, in that large volumes and motion can be covered,” he said. “But if you have steady scenes, you can use more images to get better accuracy, or scale up the resolution.”

SICK also offers active stereo solutions as part of its Visionary-S camera line, and these instruments have proved to be popular in a variety of industrial settings because of their discriminatory power at close range. “We use these cameras for logistical automation tasks like depallet­ization or box picking,” Sherman said. “If you have a pallet with boxes that are tightly stacked, you don’t have any information based on depth, but you can distinguish the boxes by contrast.” Although active stereo cameras can generally achieve submillimeter 3D resolution up close, their performance drops off sharply at distances beyond several meters.

As the market grows for 3D imaging, the spectrum of technological offerings has remained remarkably diverse, with TOF, structured light, and stereo vision platforms steadily evolving distinct solutions for specific 3D imaging scenarios. For now, Dechow believes this rich ecosystem will continue to persist. “I think the diversity of offerings is necessary,” he said. “There is crossover, so maybe we’ll see some consolidation, but there seems to be enough of a demand for all of it that I don’t think everything will merge together.”

Visit https://www.photonics.com/Articles/3D_Imaging_Sees_Growth_in_Multiple_Dimensions/a66557 for the full article. 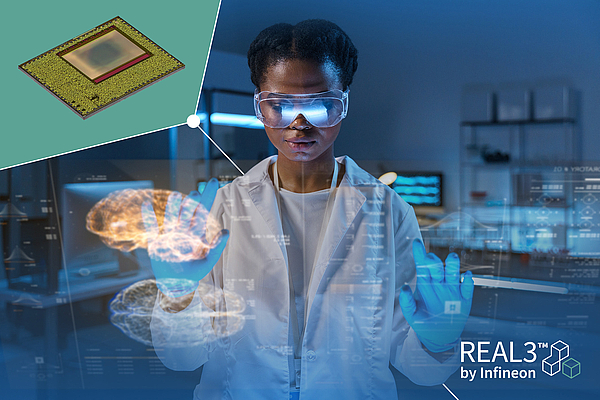 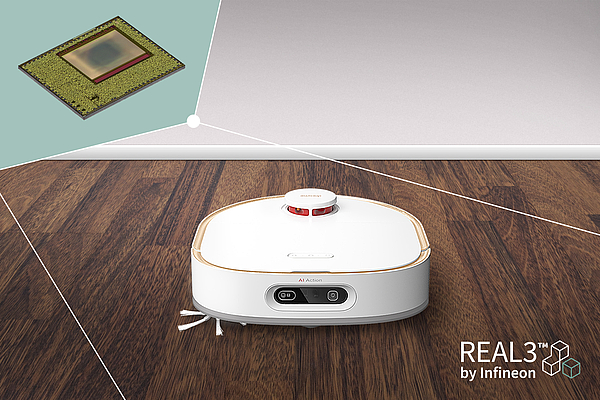 Dreame, a leading Chinese based company specialized in smart home cleaning devices, has launched its new vacuum cleaning robot, the Dreame Bot W10 Pro with the REAL3 ToF sensor from pmd and Infineon. 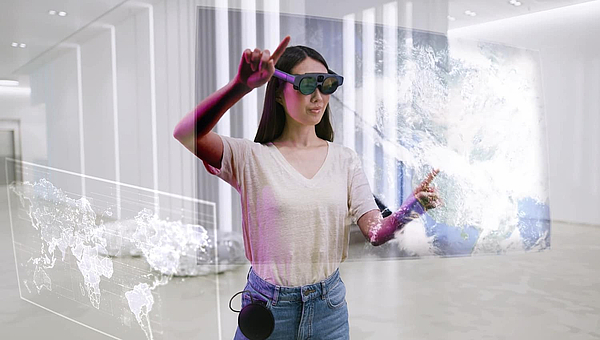 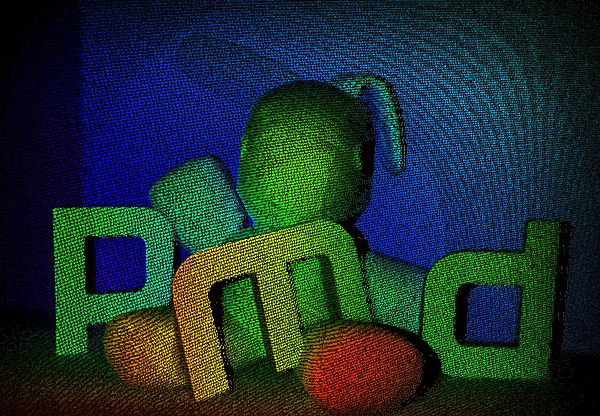 Countless exciting and industry-changing projects are built upon the flexibility and reliability of our 3D Development Kits and make use of our high-quality depth data. What will you build?